We have been producing model railroad structure kits since 2002, starting with the release of Big Lou’s Grill. Since then we have strived to live up to that unique little kit, by offering original, uncommon designs. Our own laser cut precision parts, and in-house metal cast detail parts; along with plastic architectural parts from Tichy and wood from Northeastern Scale Lumber. 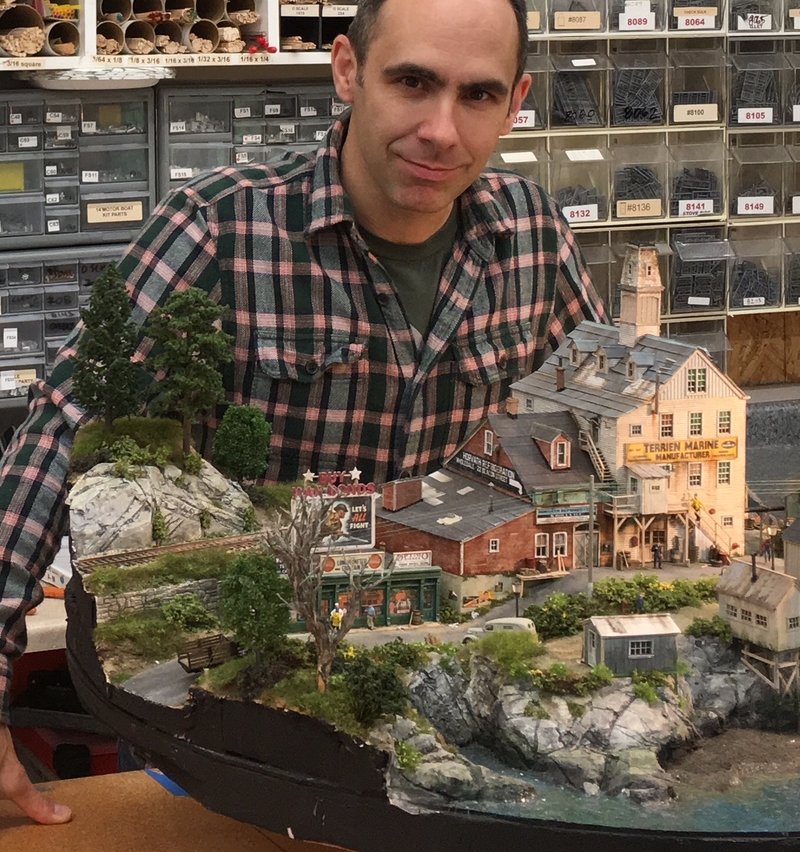 Fos Scale Models is owned and operated by Doug Foscale. Doug was born and raised in New York City and followed an art education in architecture and graphic design. Doug now lives in Connecticut with his wife Amy and their three horses.

The Fos Scale Models studio is located in South East Connecticut.  We often hold workshops to share our techniques of model building, weathering and detailing. Check back often for the next workshop.

2002 - Fos Scale Models is started, with Big Lou's Grill; a small HO Scale kit, manufacturing it in an apartment kitchen.

2007 - Along with friend Jimmy Deignan, the Craftsman Structure Show is started.

2011 - The Craftsman Structure Show is transformed into the Model Railroad Expo, debuting in Peabody, MA.

2014- Modeling and weathering clinics start at the Fos Workshop.

2016 - We relocate our workshop to Stonington, CT.

2017 - Our shop moves again, along with our home and horses in one location, in SouthEastern CT. We also start Diorama Blitz, a 1/35th Scale line of military diorama kits.

2018 - We acquire the high quality line of Hydrocal kits originally created by Ed Fulasz and then produced by Railroad Kits.